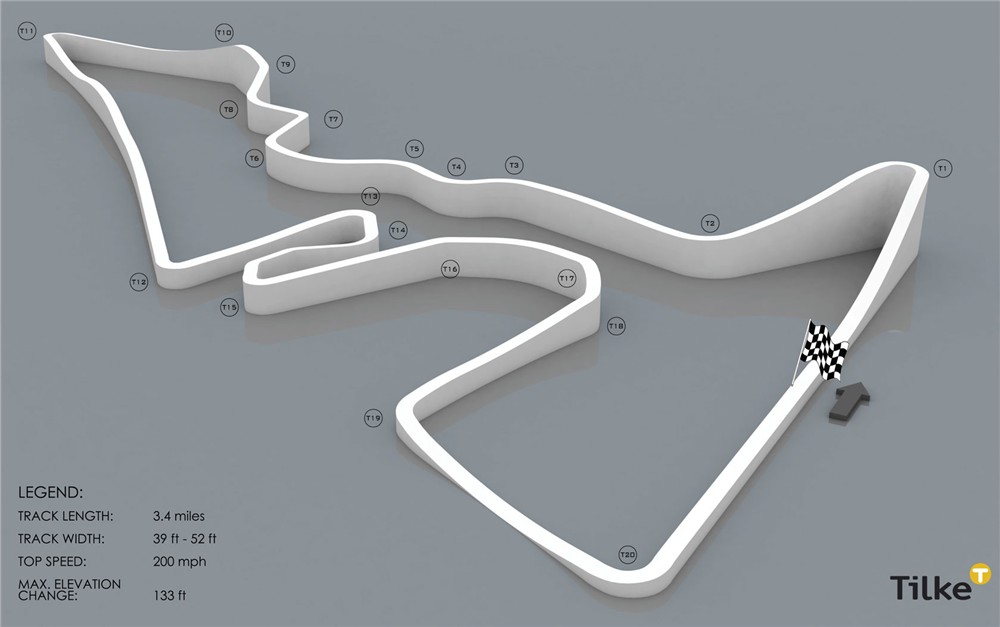 Dorna Sports, S.L., 3FourTexasMGP, L.L.C. and Full Throttle Productions, L.P. have signed a 10-year contract to bring MotoGP to the new Circuit of the Americas beginning in 2013.

The agreement includes the three categories of the Championship, the MotoGP class - the pinnacle of motorcycling, Moto2 and Moto3. The 10-year MotoGP deal is coupled with the already scheduled ten-year deal to host the Formula 1 United States Grand Prix™, for which the Circuit of the Americas in Austin, Texas is currently under construction.

“We are delighted to be adding the Circuit of the Americas to the MotoGP calendar. It is an honor to expand our Championship to Texas, which has a rich history of producing World Championship riders,” said Mr. Carmelo Ezpeleta, CEO of Dorna Sports, S.L. “We have had a wonderful and special relationship with Kevin Schwantz for twenty years and often talked about a mutual dream of increasing the popularity of MotoGP in the U.S. and raising our already successful worldwide profile. Now, with what Tavo Hellmund is doing in Austin, we have realized that situation and are looking forward to this new venture together. The 10-year agreement is a sign of our confidence and commitment to the future success of MotoGP racing in Austin.”

Established as a World Championship by the Fédération Internationale de Motocyclisme (FIM) in 1949, MotoGP is now in its 63rd year. Its Grand Prix events have taken place in every corner of the world and in 2010, more than 2.2 million people came through the gates of the world circuits to watch a weekend of world-class motorcycle racing.

During his racing career, Schwantz accumulated 25 Grand Prix wins and he won the 1993 MotoGP World Championship. After his retirement from racing in 1995, the FIM, in an unprecedented gesture of respect, retired #34, his racing number. In 2000, the organization declared Kevin a Legend, their highest honor, as a testament to his popularity with fans and fellow drivers alike.

“We are extremely pleased to add the best motorcycle World Championship to our annual schedule,” said Tavo Hellmund, Managing Partner of Full Throttle Productions L.P. “This is a fantastic opportunity for the State of Texas and this region and I believe it is the first time in American Motorsports history that both the cars and motorbikes world championships are held at the same facility annually. We are very proud of becoming the United States international facility for motorsports.”

Construction of Circuit of the Americas is progressing well and is scheduled for completion sometime in mid 2012, in time for the first Formula 1 United States Grand Prix.

“Kevin and I have been close friends for a long time and I enjoy a great relationship with Carmelo. I respect so much what they and the FIM have done for MotoGP globally. It’s going to be great for the State, the product is fantastic and you never know, we may even have a reigning Texan in Ben Spies as World Champion for our first event…that would be icing on the cake” concluded Mr. Hellmund.

About Circuit of the Americas

Circuit of the Americas will be a world-class destination for performance, education and business. It will be the first purpose-built Grand Prix facility in the United States designed for any and all classes of racing, from motor power to human power, and be the U.S. home to both the Formula 1 and MotoGP Grand Prix World Championships.

The Circuit of the Americas master plan features a variety of permanent structures designed for business, education, entertainment and race use. Its signature element will be a 3.4-mile circuit track with capacity for 120,000 fans. Other support buildings will include a medical trauma and care training facility, 14 executive meeting suites, a conference center, a banquet hall as well as an expansive outdoor live music space. Future proposed amenities include a driving/riding experience, a motorsports driving club, kart track, grand plaza event center and tower, and a trackside recreational vehicle park.