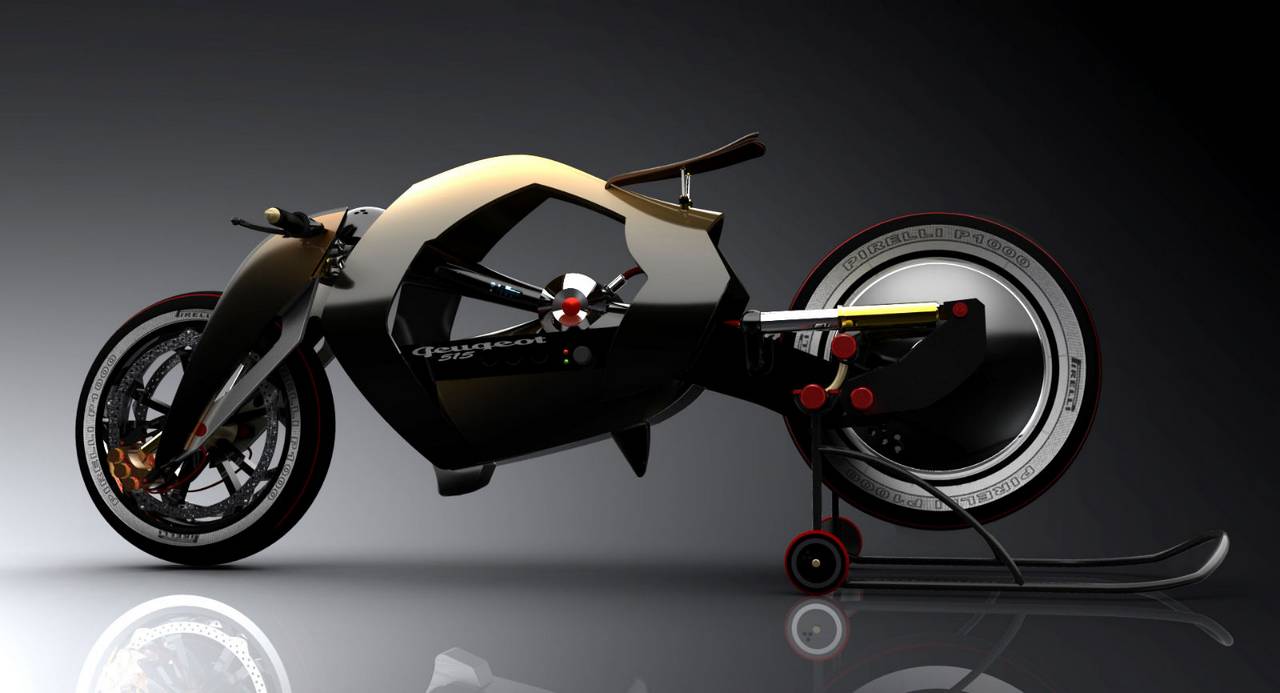 “I focused on the Peugeot 515 (three world records) from 1934. At the time this bike broke three world records equipped with a single-cylinder, four-stroke 500cc engine capable of getting to 140 mph which for the time was very fast. Inspired by the Peugeot EX1 [electric concept car], I wanted to create an electric motorcycle that could beat any record - speed, endurance, trustworthiness, recharge time etc., while following the same racing spirit with which it was built. 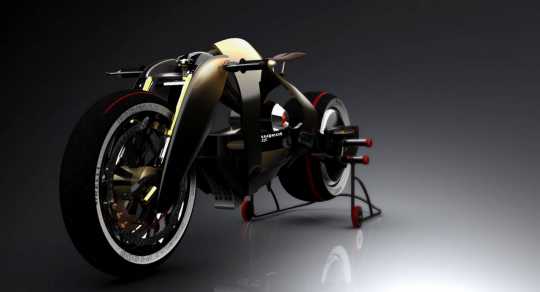 First I decided to put a big electric motor on the rear wheel and a battery pack in the middle (with a cover and ventilation outlets. The lowslung weight meant a lowered centre of gravity which is best for improved agility and stability. Under the battery pack is a fin with sensors which can analyse the road conditions - wet, damaged, dirty etc - and communicate them to the rider. 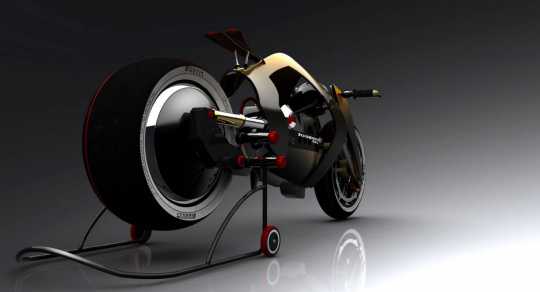 Another unique thing is the carbonfibre chassis which works both as a structural component but also as a design element, as if it was carved out of a full piece. The seat recalls an old style when they tried to make things more comfortable by using a spring between the seat and the bike. The seat is divided into two parts, both of which have their own adjustable springs.

The icing on the cake is the absence of a steering hub. What we actually have is a sphere contained in a shell that works on the same principle as when we hold a sphere between the fingers of a hand, applying opposing forces on the same axis, with compression on opposite sides. It can only be moved in a perpendicular direction from the forces. In the place of the fingers we have two upside-down cones and a kind of adjustable spring to apply force. Loosening the sphere, it’s possible to change axis. The bike doesn’t have conventional measurements either - it’s 1981 mm long and 900 mm tall.” 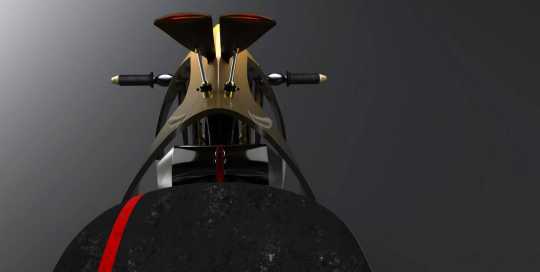 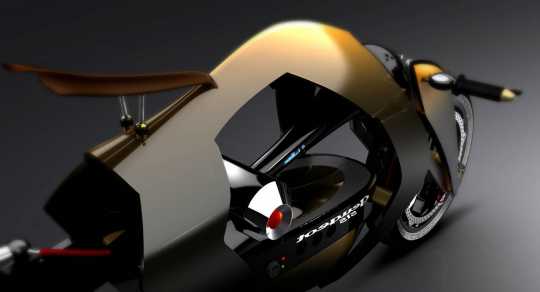